A Beef & Boards Christmas and A Very Phoenix Xmas 9 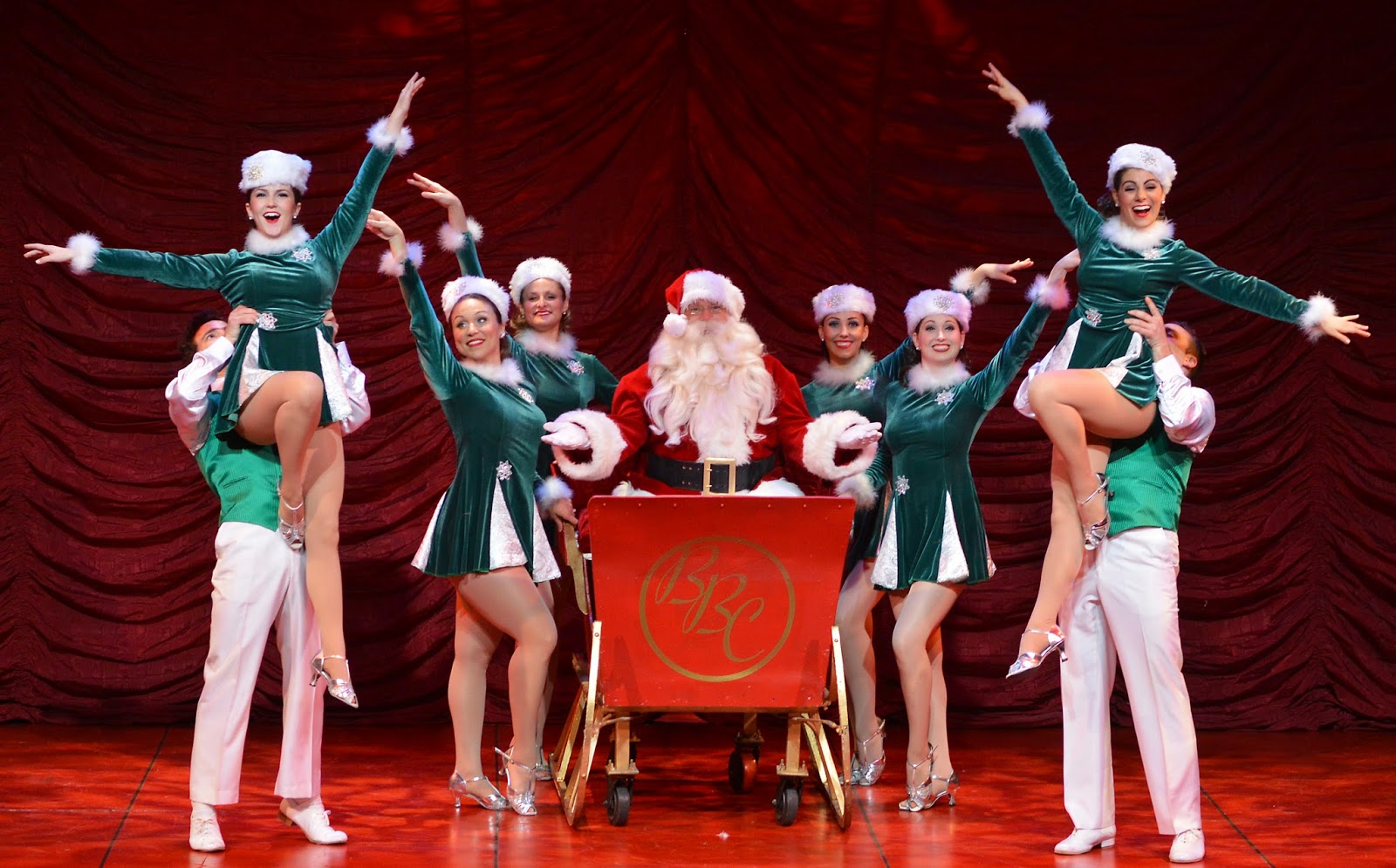 Luxurious sets and a whirlwind of costume changes are always hallmark elements of the annual Beef & Boards Christmas production. The variety show style offers up holiday favorites for crowds. There are familiar songs and faces from a quartet of singers that includes, Matt Branic, Peter Scharbrough, Heather Patterson King and Bobbi Bates.

Deb Wims and Kenny Shepard are back as well dancing across the stage together. There are also no shortage of Christmas icons in the cast, Frosty, Rudolph and the Grinch all make appearances. The show features half a dozen high-kicking dancers to jazz up most numbers. 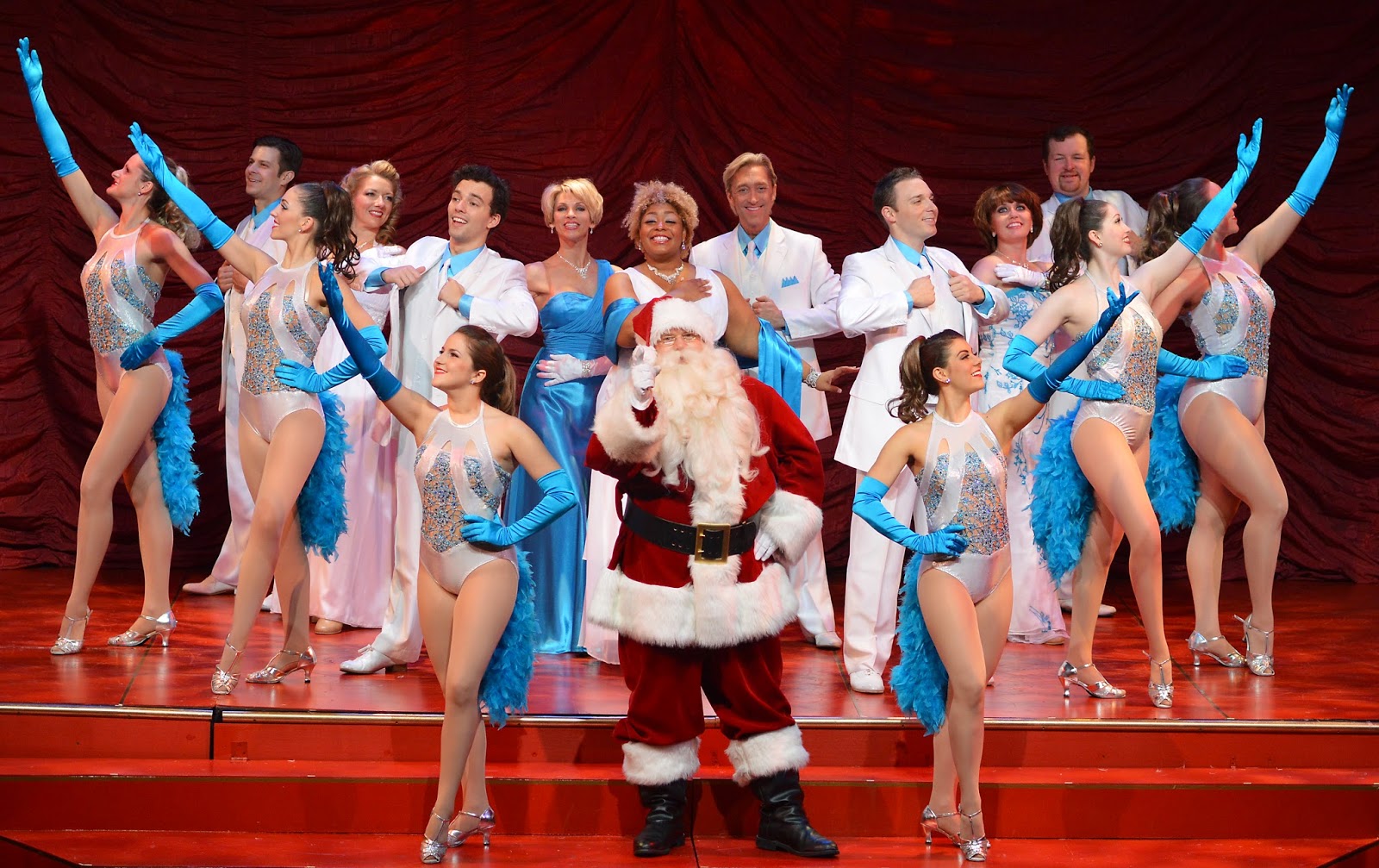 The show mainly stumbles when it tries to do too much. There are times when Lucas, the quartet, co-hosts Wims and Shepard, Santa and six dancers are all vying for the audience’s attention on stage at the same time. The frantic nature of those numbers makes it hard to appreciate any single element, much less all of them at once. The quieter moments, like Branic’s rendition of “I’ll Be Home for Christmas” have a deeper impact. A knock out performance of “O Holy Night” by newcomer Kendra Lynn Lucas was an also absolute highlight. 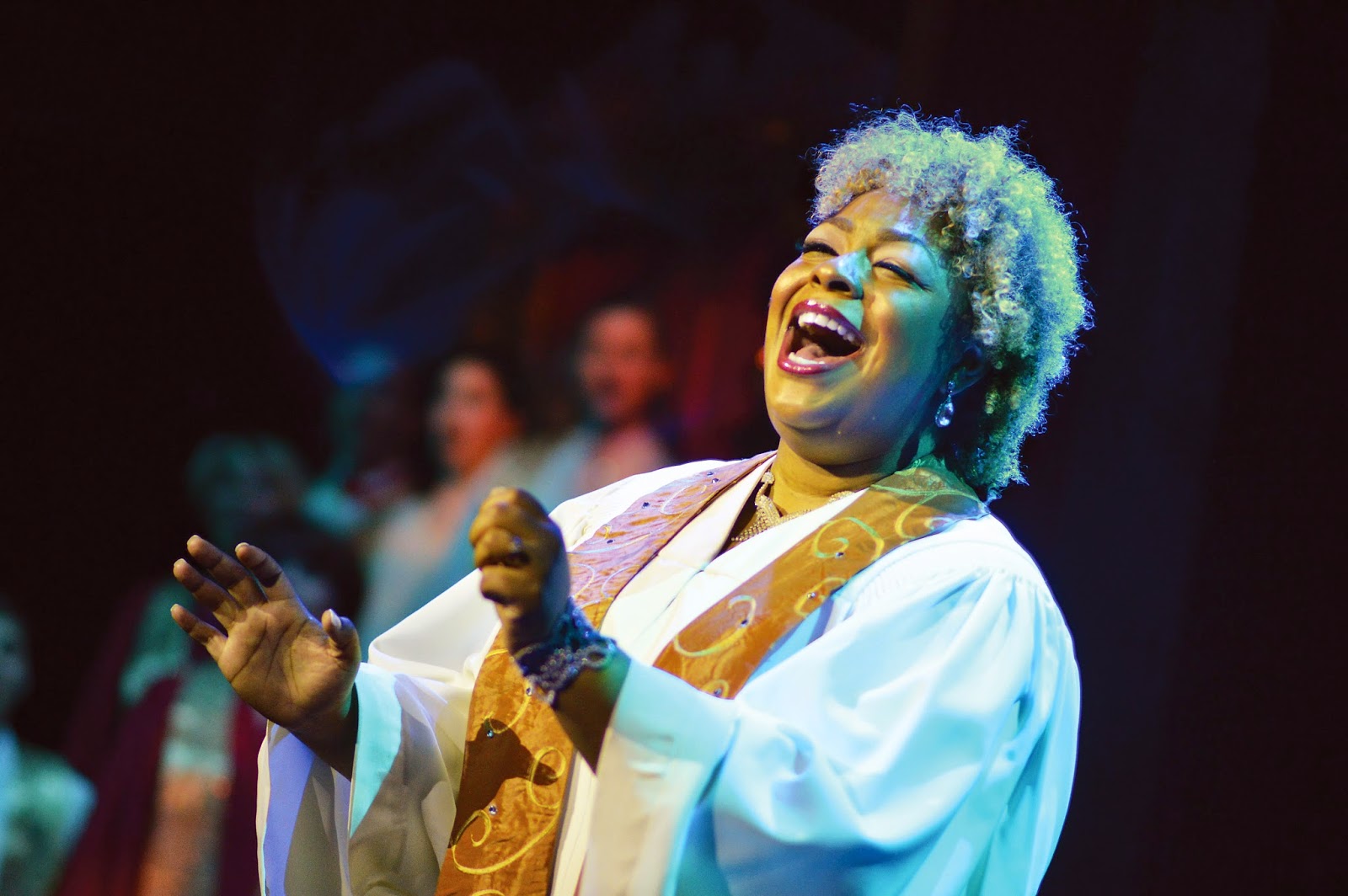 Beef & Boards is also celebrating its 20th anniversary of its one-hour show A Christmas Carol. The production is on stage from Dec. 6 through the 22 and tickets range from $$24 to $34. 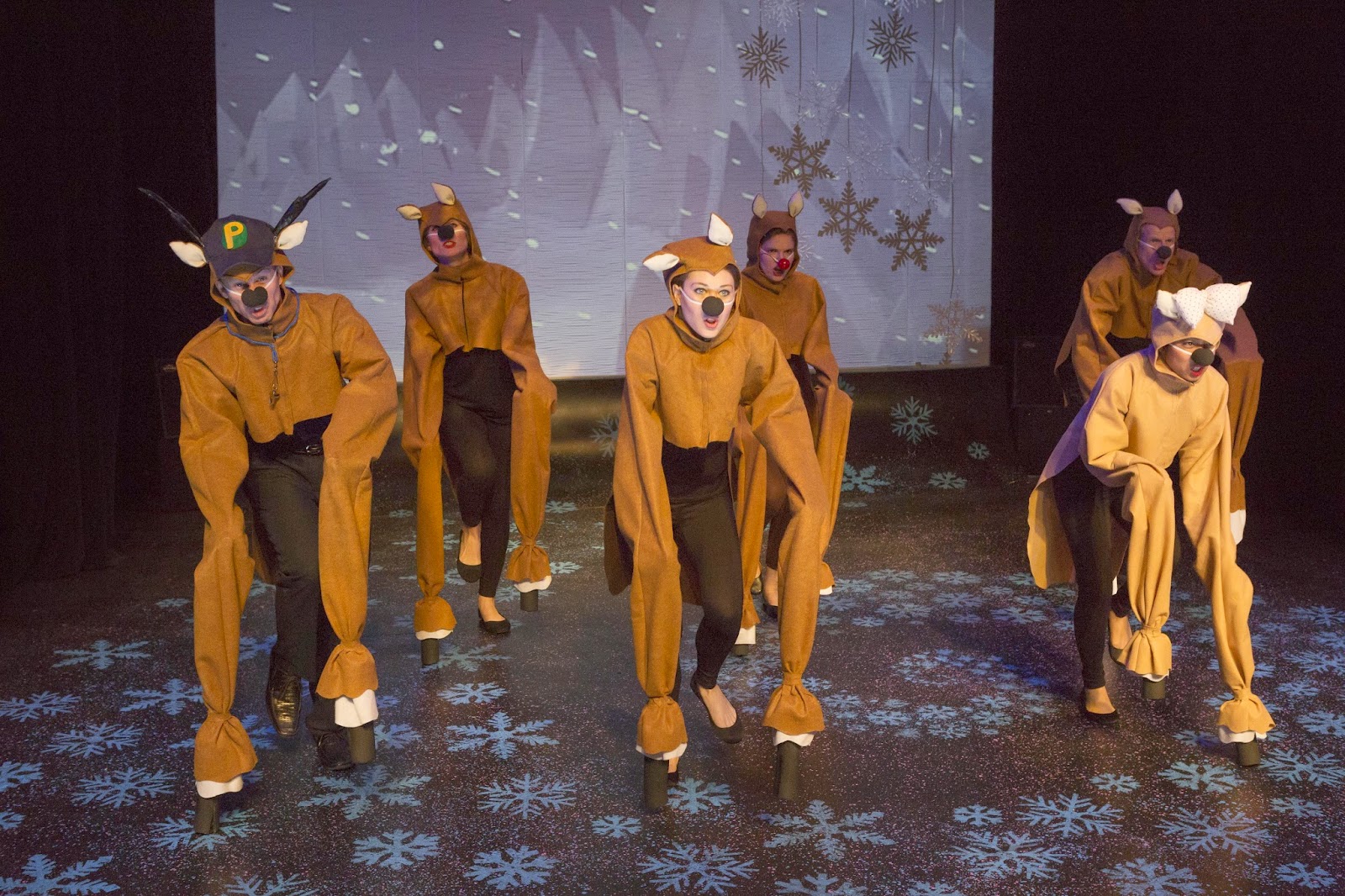 A Very Phoenix Xmas 9: Flashing Through the Snow

There are so many good Christmas shows for crowds hoping for a bit of nostalgia, but the Phoenix’ annual holiday tradition takes a different route. The sketch comedy Christmas show is now in its ninth year. Full to the brim of hilarious riffs of beloved Christmas stories, this year’s show also features some incredible a capella singing and even a gasp-inducing aerial dance. 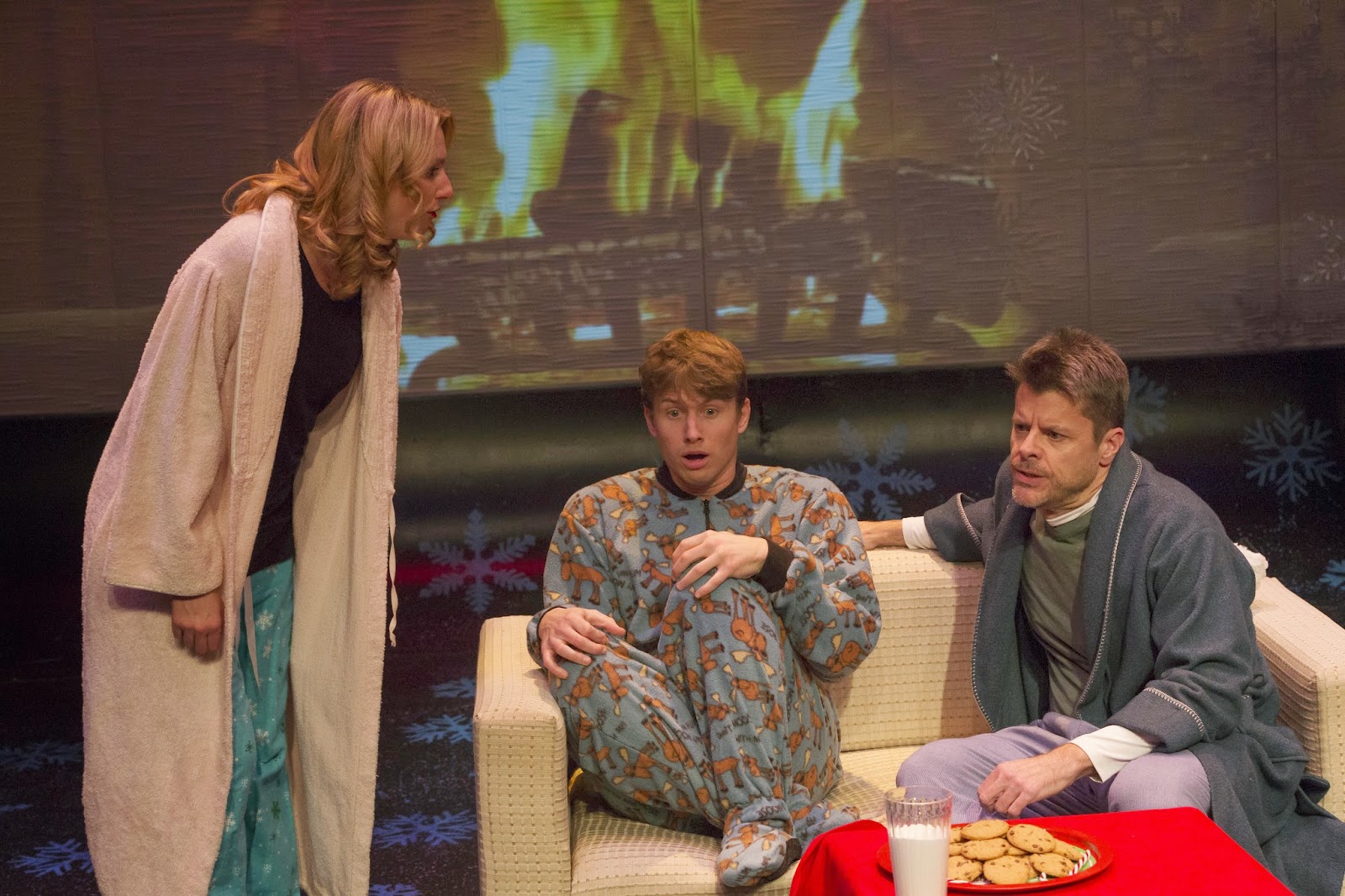 The cast includes Olivia Huntley, Rob Johansen, Carly Kinkannon, Ryan O’Shea, Dave Ruark, Lincoln Slentz and Arianne Villareal, all of whom pull their weight in the varies skits and performances and share memories in monologues between the sketches. Johansen deserves special praise for his sheer range in the show. He swings from the rafters on a ribbon and plays everything from a militant “Merry Christmas” enforcer to the overly zealous miner Yukon Cornelius.

The sketches themselves are strong. We see a family reach their breaking point when the secret of Santa is revealed and then there’s the flashback story of how Santa Claus and his wife fell in love. There’s also a powerful version of “Hallelujah” combining the hymn and the Leonard Cohen lyrics. “Les Miserabelves” a parody of the famous musical which combines Victor Hugo’s story with the classic Rudolph tale is particularly brilliant. The whole show is much-needed alternative to the sometimes saccharine shows produced around the holidays. 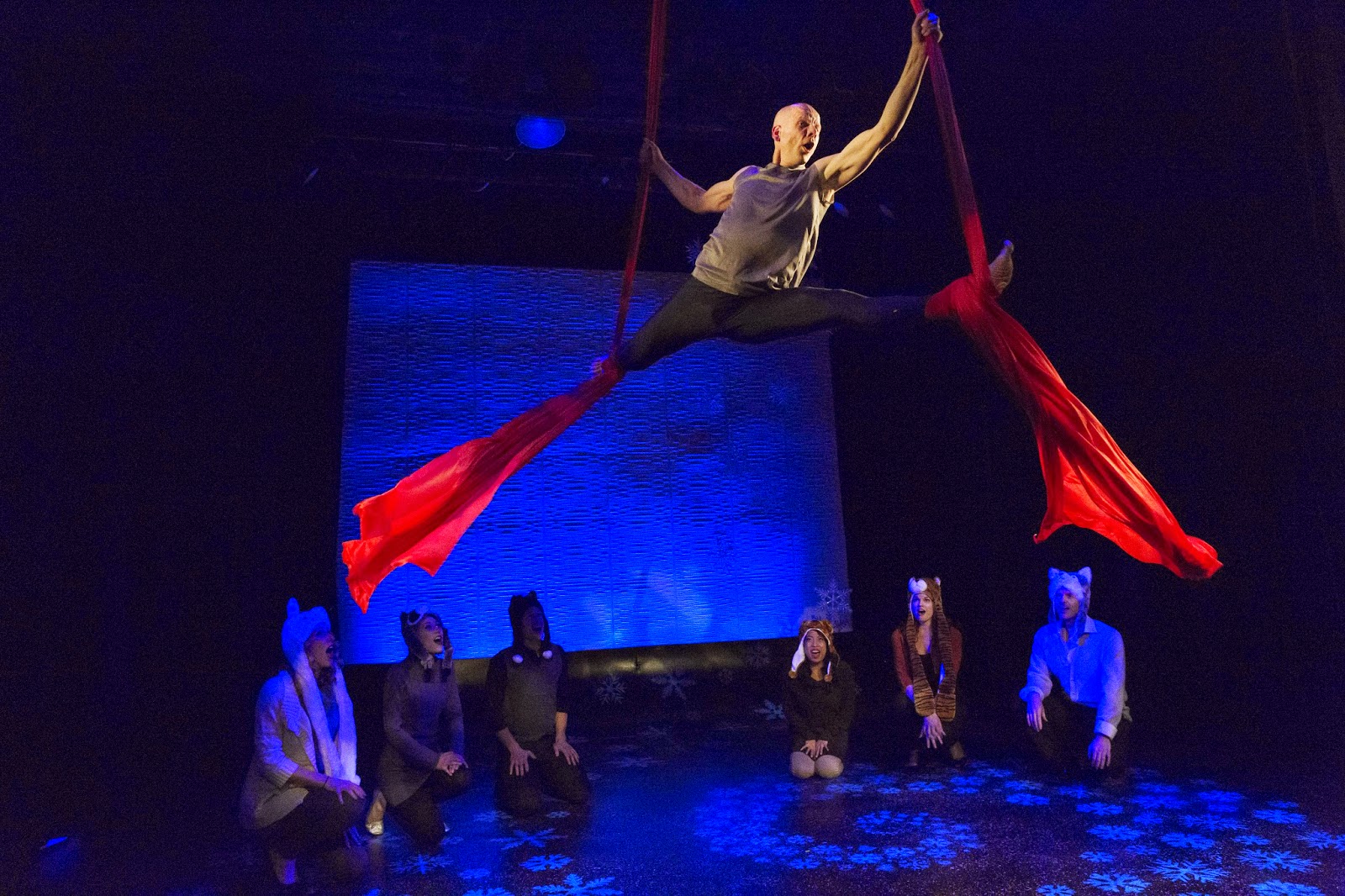 Don't Miss the Show
For more information about the Phoenix Theatre, visit www.phoenixtheatre.org. The theater is located at 749 N. Park Ave., Indianapolis, just off Massachusetts Ave.

Performances: The show runs until Dec. 21st and offers five performances a week. Wednesdays and Thursdays begin at 7 p.m., Friday and Saturdays begin at 8 p.m. and Sunday matinees at 2 p.m.

Photos courtesy of the Phoenix Theatre.