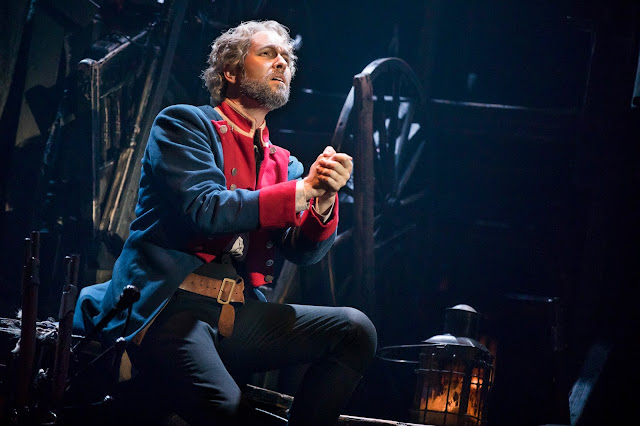 Les Misérables is in town at the Old National Centre this week. The Broadway Across America production features a huge cast and sets that are startlingly beautiful. The classic score contains so many familiar songs and it never disappoints. It tells the story of a prisoner who breaks his parole and spends years being hunted by a policeman obsessed with justice. It’s a tale of redemption, grace, second chances and falling in love. There’s a reason this show has had no problem finding audiences for more than 30 years.

Every time I see it a different song shines for me. This time it was “Bring Him Home”, the barricade ballad in the second act. Nick Cartell as Jean Valjean hits his stride and shows his range in the number and the result gives you chills. The beautiful number provides a moment of stillness in the midst of chaos. Through the decades, each new Les Mis cast has brought a slightly different interpretation to their characters. This current iteration features a younger Valjean than I have seen before. He brings passion to the role, but truly stands out in the quieter numbers. 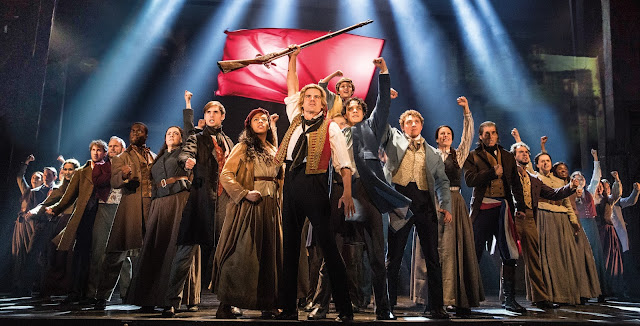 The Tuesday evening show included performances by Robert Ariza and Talia Simone Robinson as understudies for Marius and Eponine respectively. The pair brought a shared earnestness to their roles and both had no problem doing them justice. Josh Davis nails his baritone vocals as Inspector Javert. His acting is a bit too enthusiastic at times, but the emotion of the musical gives room for a bit more animation.

While some shows can lose the strength of the plot in special effects, Les Misérables is enhanced by the towering Parisian buildings and makeshift barricade. Sets change seamlessly as the scene shifts between sewer tunnels and brothels, ballrooms and factory floors. It’s an elaborate story and one that deserves sets to match. 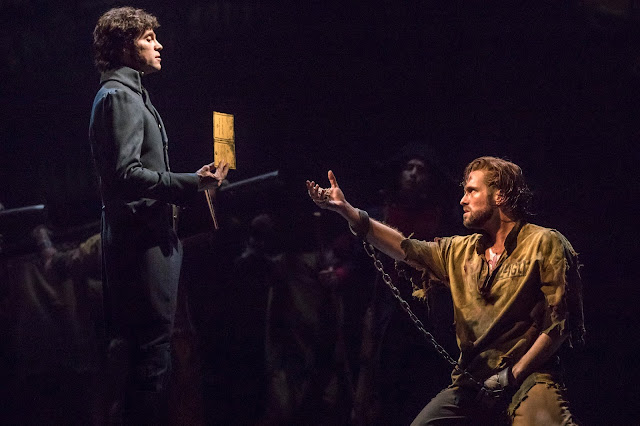 Les Misérables will always be one of my favorite shows. It combines an incredible story with strong vocals for the whole cast, and a message that resonates even more with each new viewing. I could do without the closing scenes with the Thénardiers, but the musical is close to perfection for me. The scene with the priest in the first act never fails to bring me to tears.

Photos courtesy of Broadway Across America